Notes. A few months ago we took Jack our grandson for a short walk up Rivington Pike near his home, he tells me he hates the great outdoors, he had a strange way of showing it. I'd never seen anybody attack the hills with so much excitement and enthusiasm. At the summit which isn't very high he was gob smacked (North of England speak for amazed) and wasn't ashamed to pass comment. Today was a family outing through the man-made landscape of Lever Park, Jacks taking us to see a castle he visited on a school trip.

Donated to the people of Bolton by William Hesketh Lever (Lord Leverhulme) founder of Lever Brothers now Unilever, this is a popular place, and the fact it's almost impossible to find a parking space proves testament to that. We abandoned the car on the road side near the 16th century Great House Barn, a very popular cafe with indoor and outdoor seating, behind which a path leads passed Go Ape to Lower Rivington Reservoir, supplier of drinking water to the good citizens of Liverpool since 1857.

Woodland paths then ushered us along the shore line, soon the turrets and grey stone walls of the castle tilted into view, we allowed Luna and Jack to run riot exploring the ruins. To their minds this was medieval, most castles are, in truth it's a folly, a scaled replica of Mersey Castle built in 1912. When the two of them had explored every nook and cranny we left. A grand drive guided us between avenues of trees, this drive deposited us on a foot-path running parallel to Rivington Lane a very busy road, the song of traffic soon faded into the distance, the path swung away from the road guiding us through rough pastures to join another path running parallel to the one we walked in on. A great adventure was had by all, now all we had to do was find a seat in the Great Barn Cafe to let little people rest tired legs. 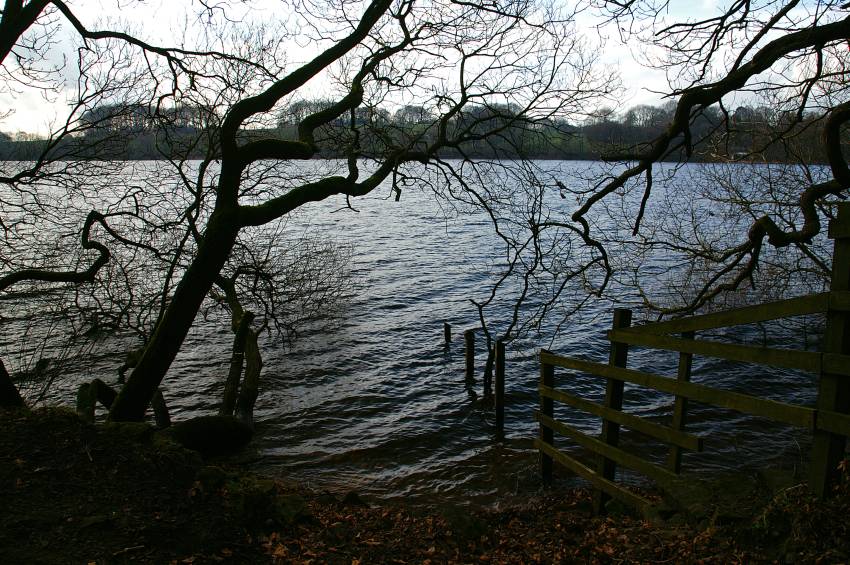 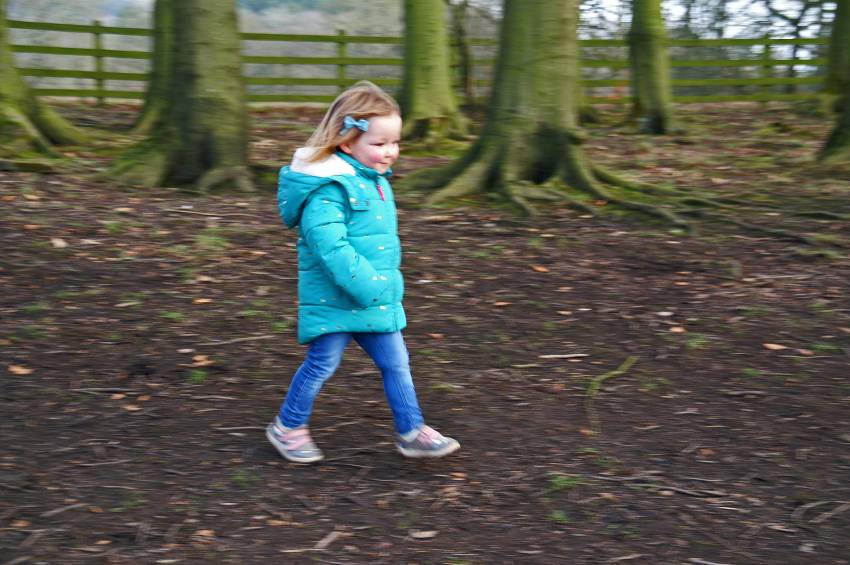 Luna strides out over woodland paths. 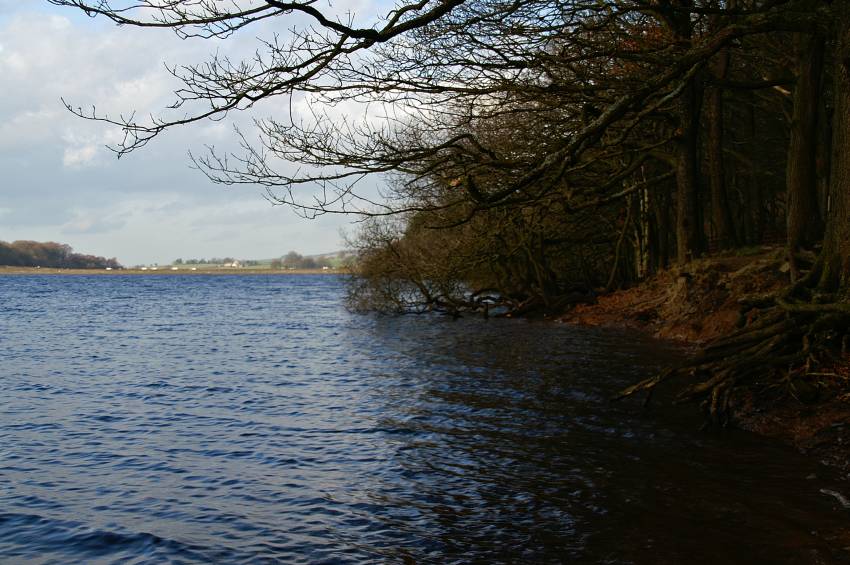 Looking north to the embankment that separates the Upper and Lower Reservoirs, and carries Horrobin Lane to Rivington. 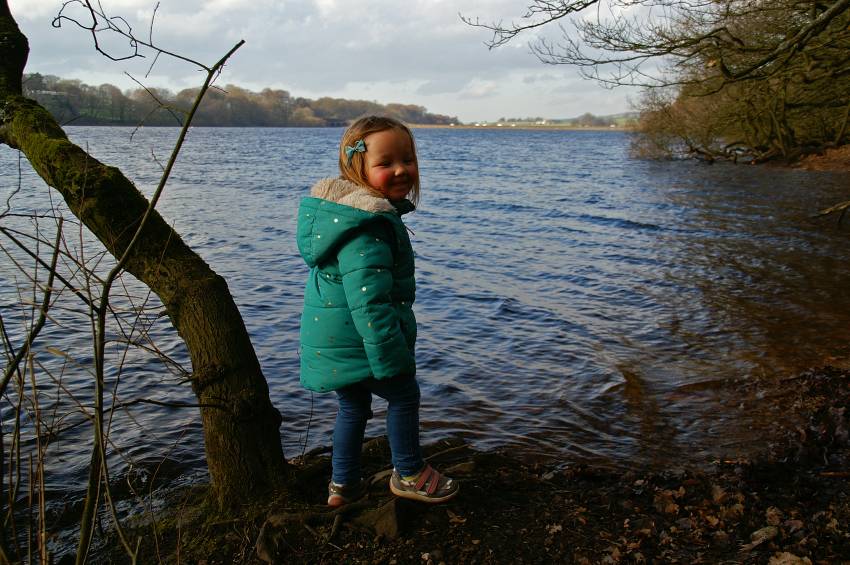 There's a time to walk and a time to throw stones. 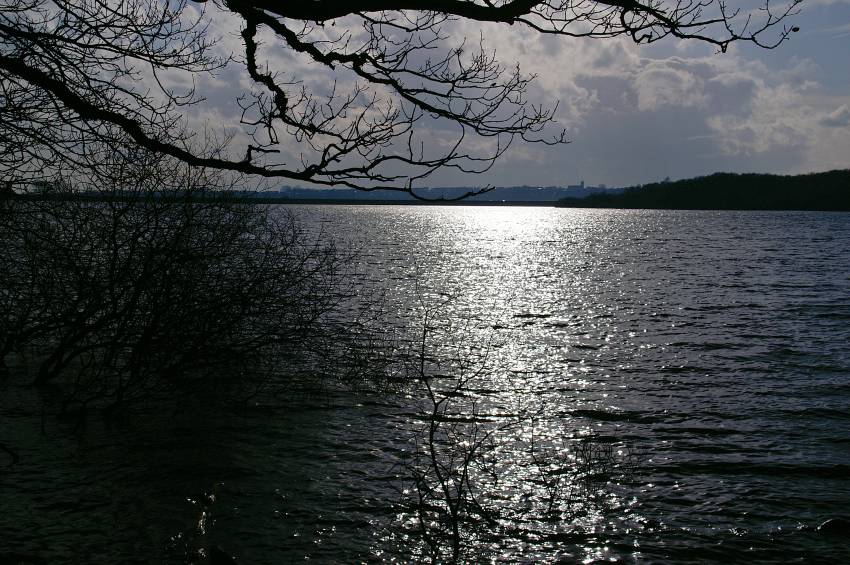 A view south to another embankment, this carries Bolton Road and hides the conurbations of Horwich and Blackrod. 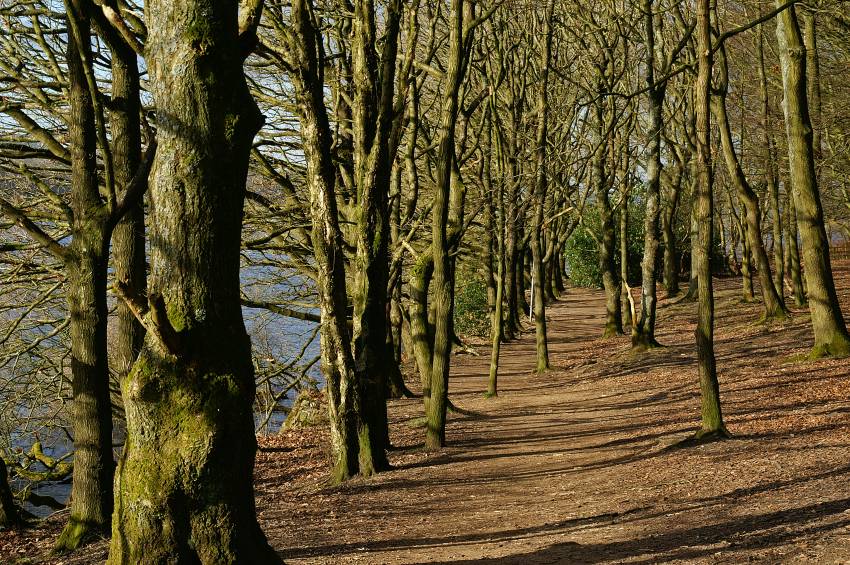 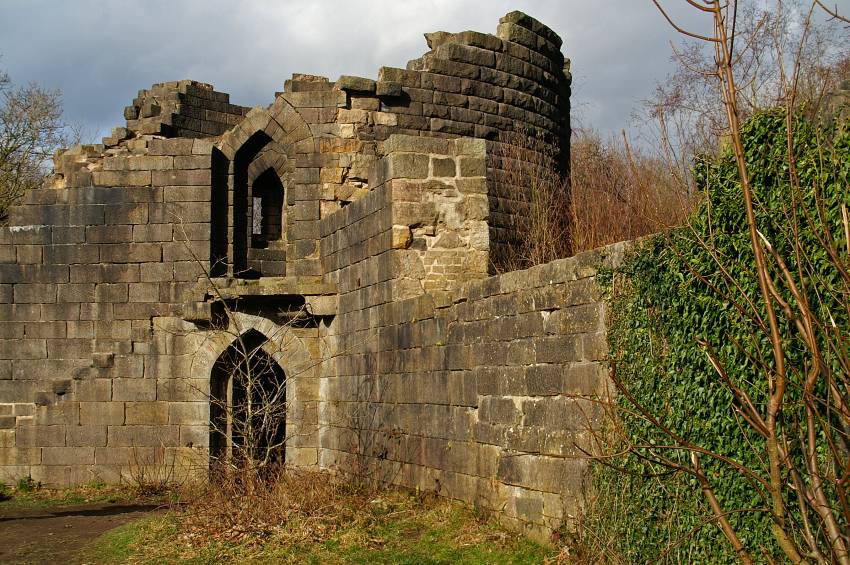 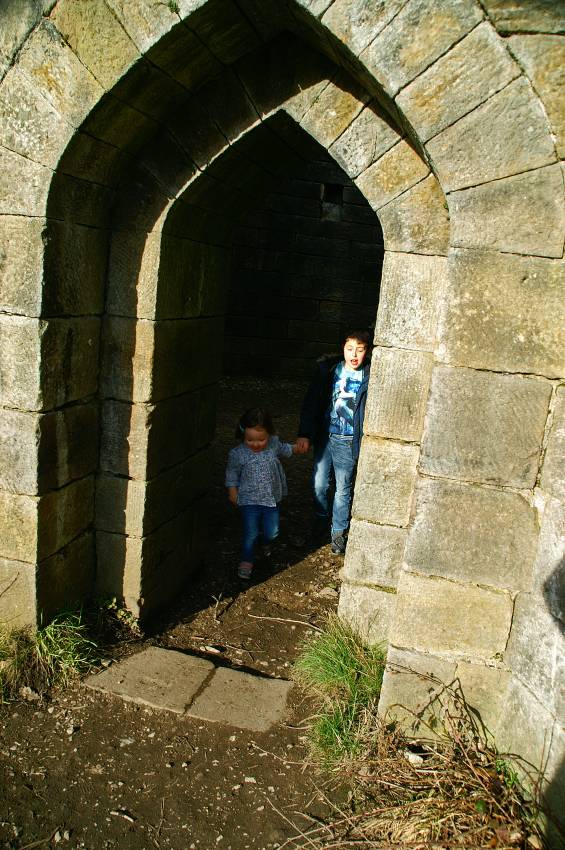 ....a great place for little people to explore. 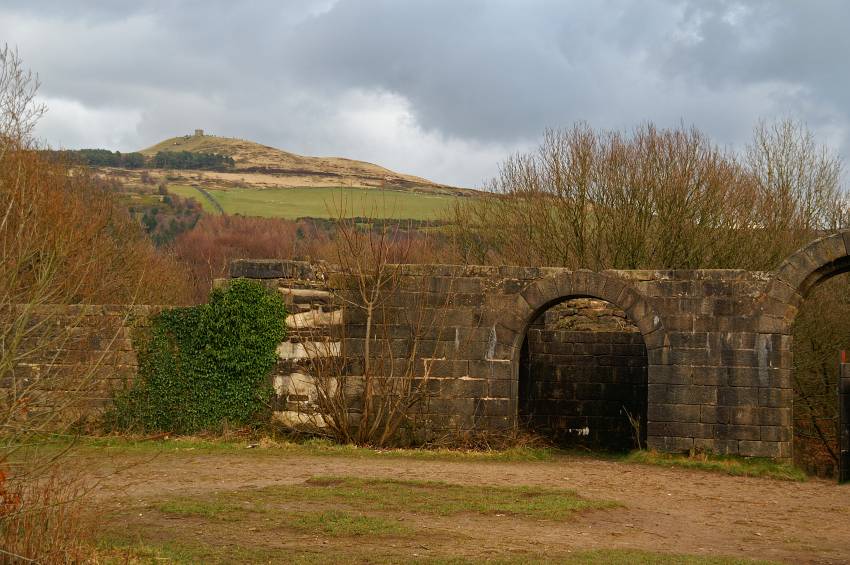 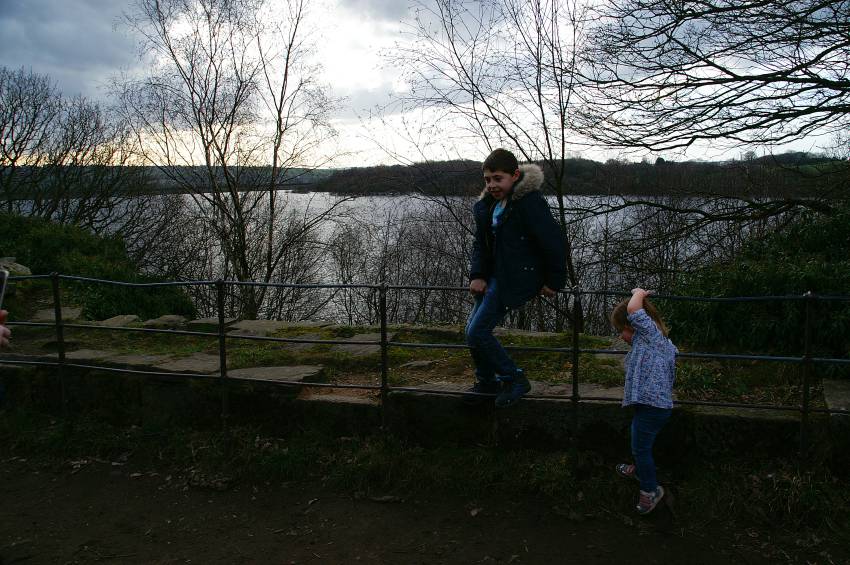 Jack and Luna ready to explore some more. 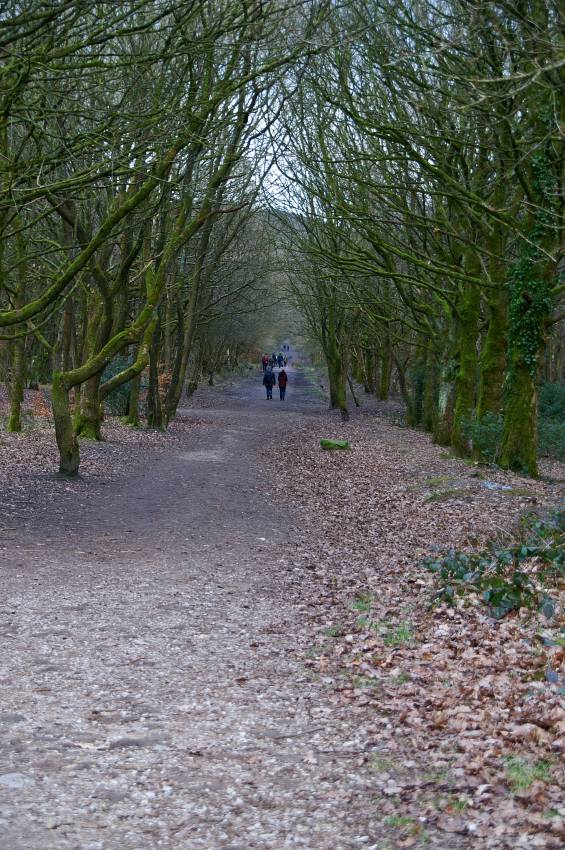 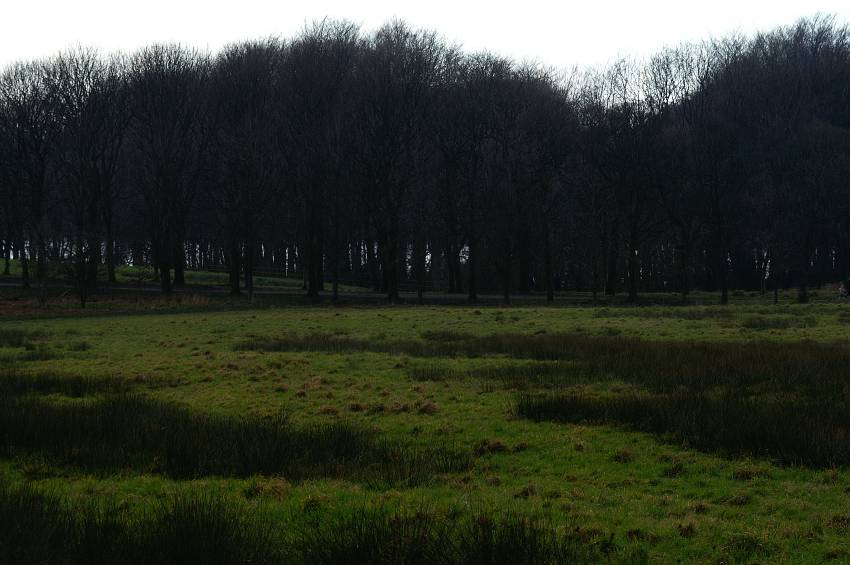 Heading through rough pastures looking to woodland walked through earlier.