Notes. Trod through the ages by many a traveler, the Romans built their high road up there, in the 18th and 19th centuries the summit played host to Summer fairs, horses were raced and the local shepherds met, now-a-days it's left to sheep and modern hikers to tread it's hallowed turf. I'm talking about the grassy whale backed bulk of High Street, carved along it's length by a dry stone wall, crossed by a Roman road and modern foot-paths, my destination today. There's many routes to the summit all a good slog, as the very first time I climbed the hill it was via Pasture Beck Bottom, I opted for that approach today.

After negotiating the narrow lane between the 17th century grey stone cottages of Hartsop, (a perfect doorway to the hills beyond) a large car park welcomed me. Two valleys extend from this car park, both cutting deep into the mountains dark escarpments, the valley of Hayeswater Gill and Pasture Beck, it was the latter that interested me. I left the car park turned right then crossed Walkers Bridge, a Land Rover track then guided me into the valley mouth. Hemmed in on two sides by the steep slopes and high ridge lines of Gray Crag and Hartsop Dodd this is an awesome walk in. I promptly left the Land Rover track behind and was soon picking my way through substantial boulder fields beneath the riven cliffs of Raven Crag. All the time my sights set firmly on the valley head wall, Threshthwaite Mouth, a high coll and it looked a steep climb to reach.

After crossing Threshthwaite Cove the climbing began, a pitch path kept me on track, legs and lungs in overdrive, I'd like to say I soon reached the coll but it seemed to take ages. When I crested the ridge the views were stunning, I stopped threw my bag down and sat drinking them in. South over Troutbeck, like a mirror Windermere Lake reflected the mid-day light as it snaked towards the Irish Sea coast, further south showers washed the sands of Morecambe Bay, in the other direction the length of Pasture Beck Bottom Ullswater sat in a idyllic mountain setting, then I looked to Thornthwaite Crag, guarding the path, cliffs and scree tumbling into the head of Troutbeck, the ascent was far from over.

After resting a while perusing the rest of the ascent, realising there was no alternative I attacked the slopes. Steep hands on in places but this time I was soon cresting the summit the large beacon on Thornthwaite Crag tilting into view. Guarding the head of four valleys, standing 14ft high Thornthwaite Beacon can be seen for miles around, it's a grand place to sit and rest but my sights were now set on the summit of High Street and a late lunch.

The massive bulk of High Street looks fairly close, in fact it's just about a mile to the summit, a mile of easy walking, once on said summit I sat, ate lunch, chatted to a chap who lived in the same village as me. We spent ages exchanging anecdotes and some tall tales of our adventures in various hill regions. Fed and watered with my energy levels high I bid my fair wells, he was heading to Longsleddale, I was heading down via The Knott.

A conquest of the northern end of High Street followed, a descent to the Straits of Riggindale before a short easy pull to the summit of The Knott, I took some photos before descending steep grassy slopes to the mouth of Hayeswater, where a foot-bridge once spanned Hayeswater Gill. After fording the beck a Land Rover track ushered me down the valley, passed a nice new bridge, and the remains of the Myers Head Mine. Zinc, lead and pyrite were brought to the surface here. The final point of interest on this walk with many significant features, the car was parked just around the corner, it was a shame to bring today to a close, but I'd ran out of hill. 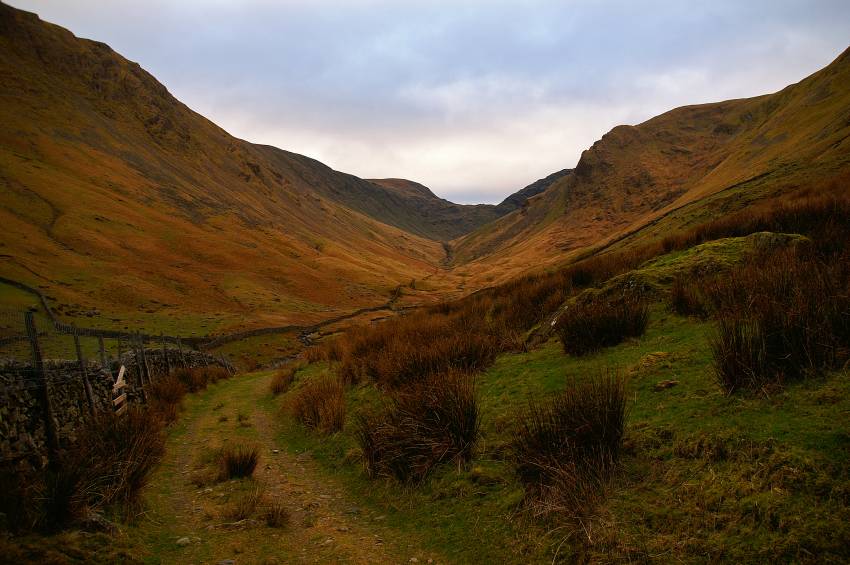 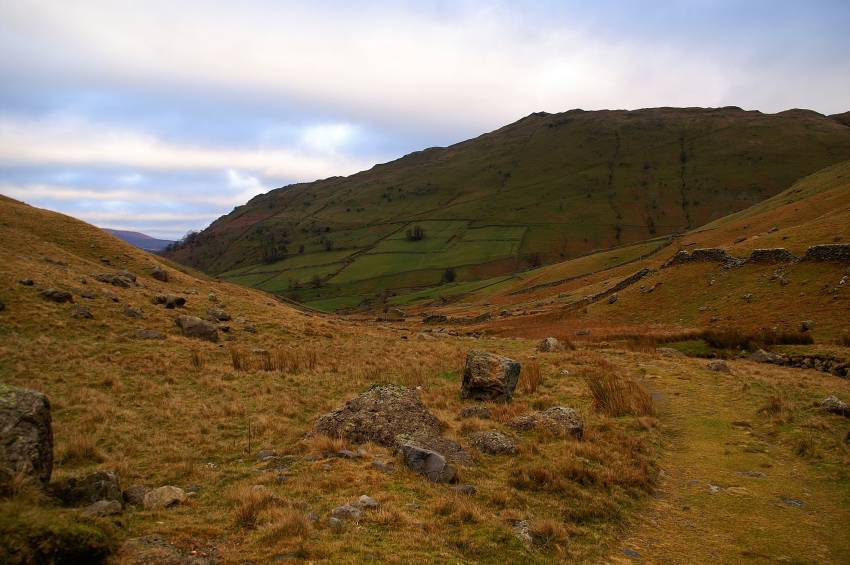 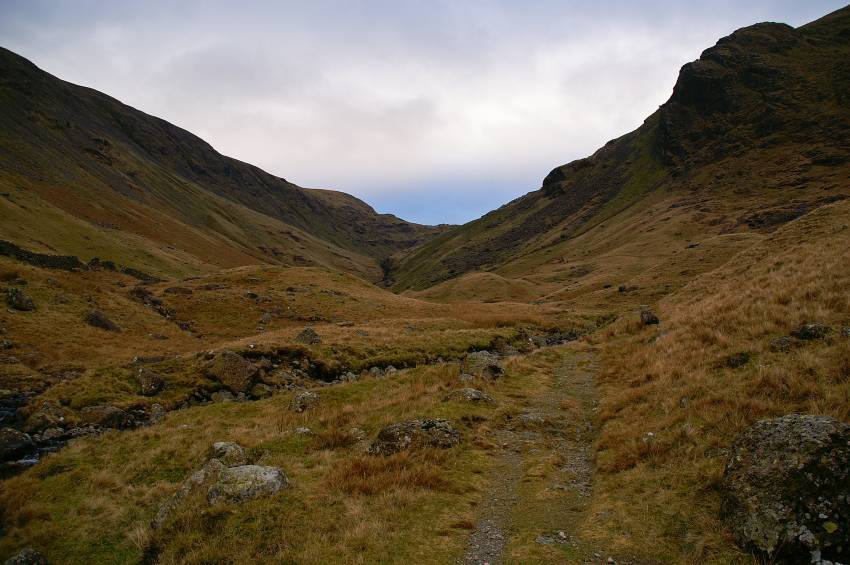 Looking to the valley head with the cliffs of Raven Crag rising to the right. 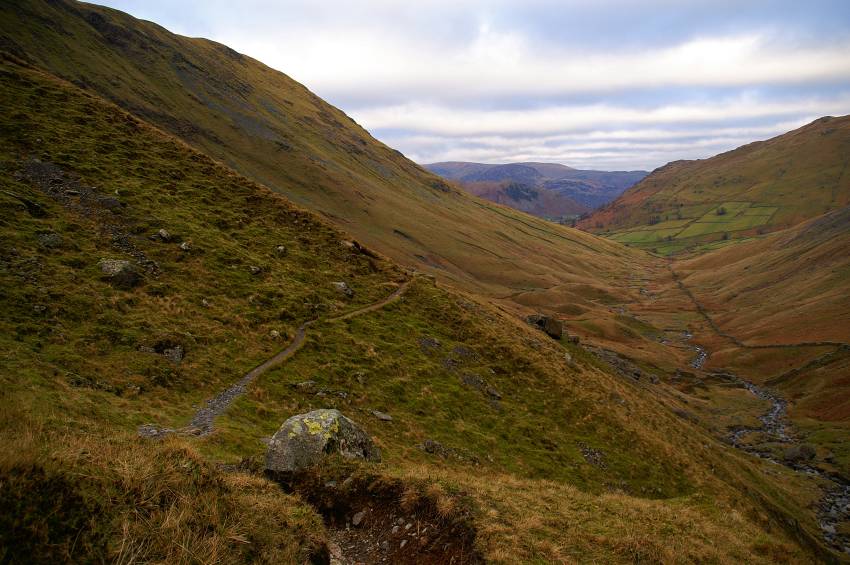 Let Pasture Beck Bottom guide the eye out of the valley to Brock Crags and the distant hills above Ullswater. 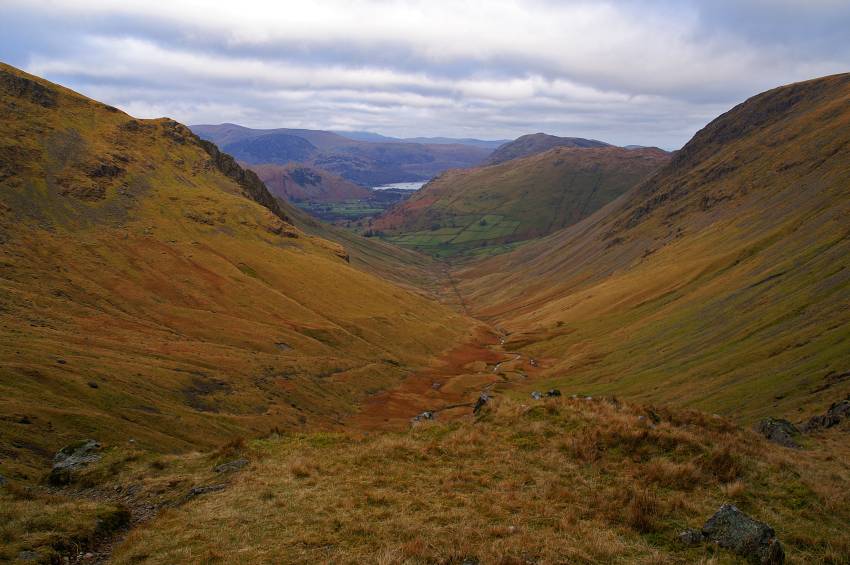 This grassy shelf half way up the steep ascent of Threshthwaite Mouth provides a fine view point. 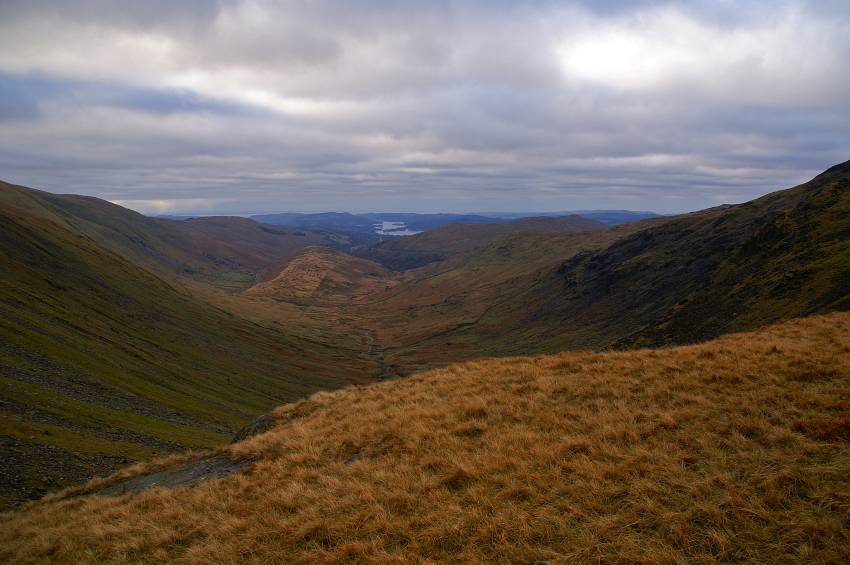 From Threshthwaite Mouth wonderful views the length of Troutbeck. 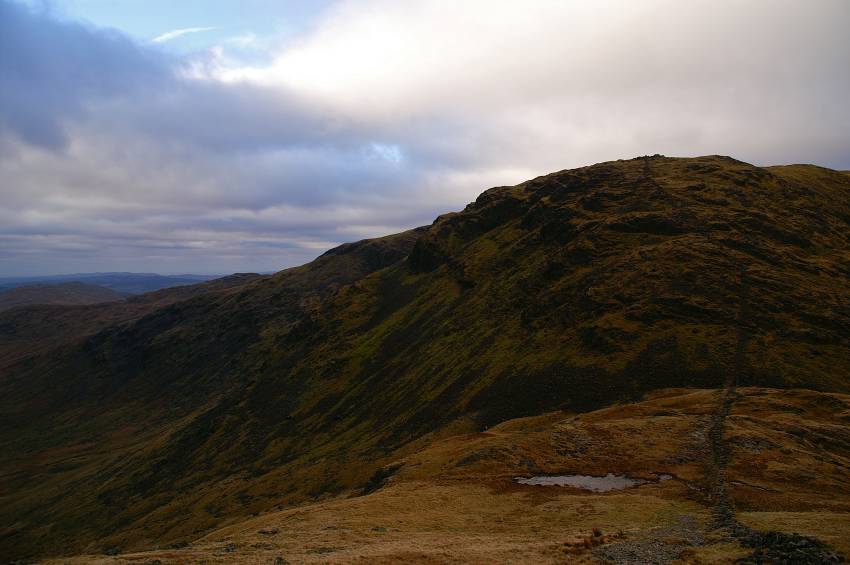 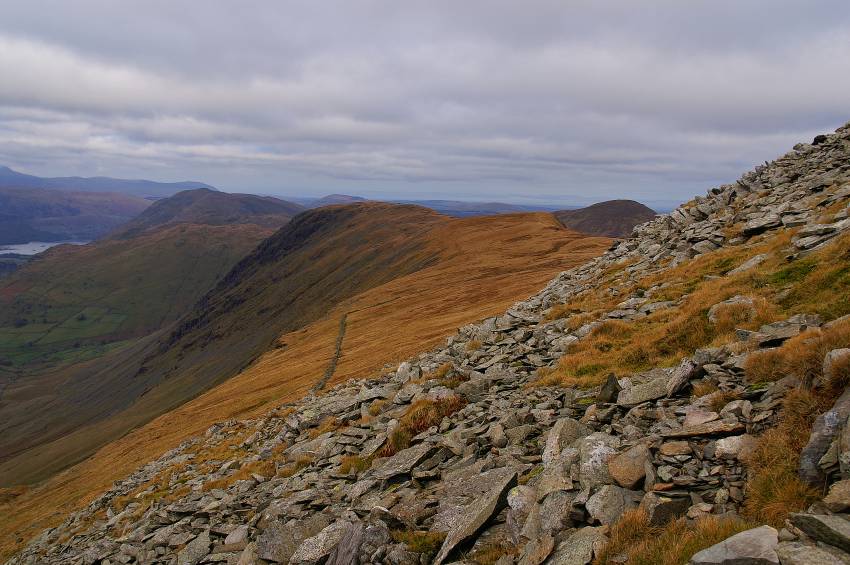 From the steep slopes of Thornthwaite Crag views along the Gray Crag ridge. 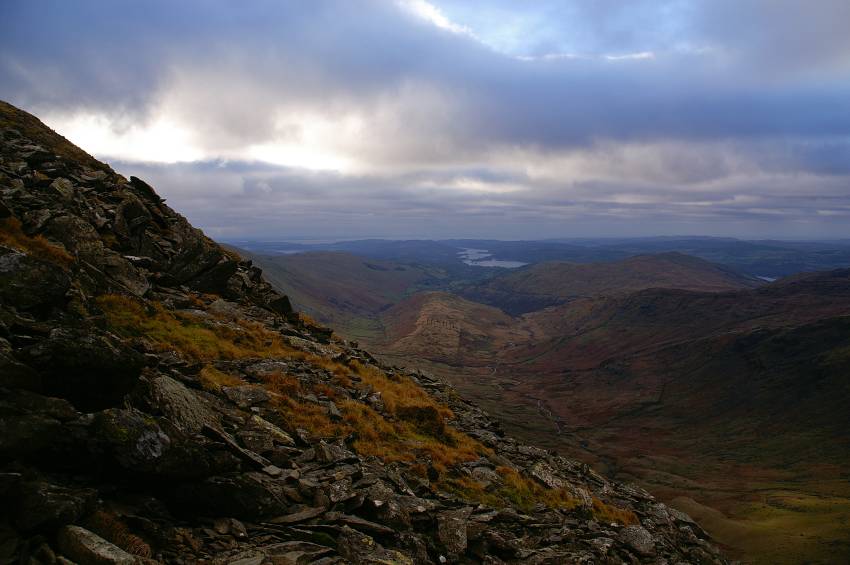 Toiling up Thornthwaite Crag with this staggering view to help ease the pain, Troutbeck, Windermere Lake and the salt water of Morecambe Bay. 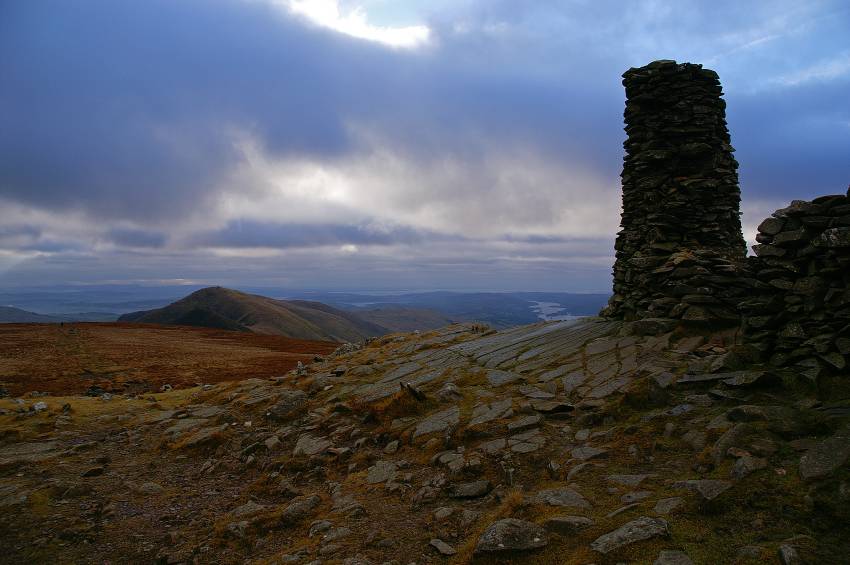 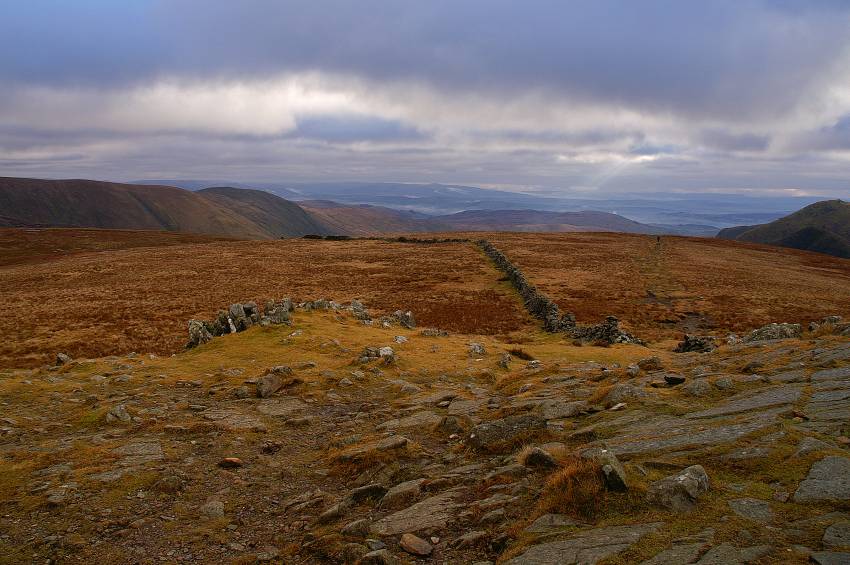 Endless views and a stunning panorama from the beacon on Thornthwaite Crag. 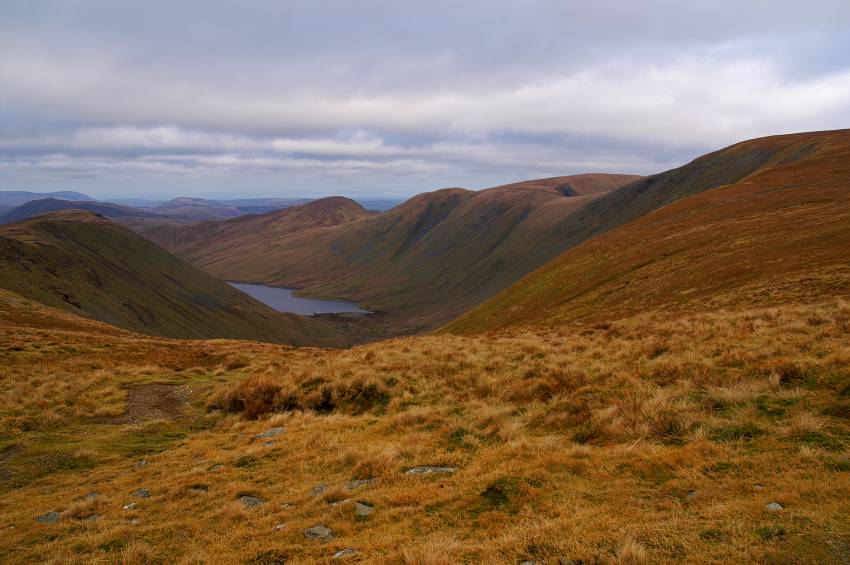 Hayeswater with the bulk of High Street to the right. 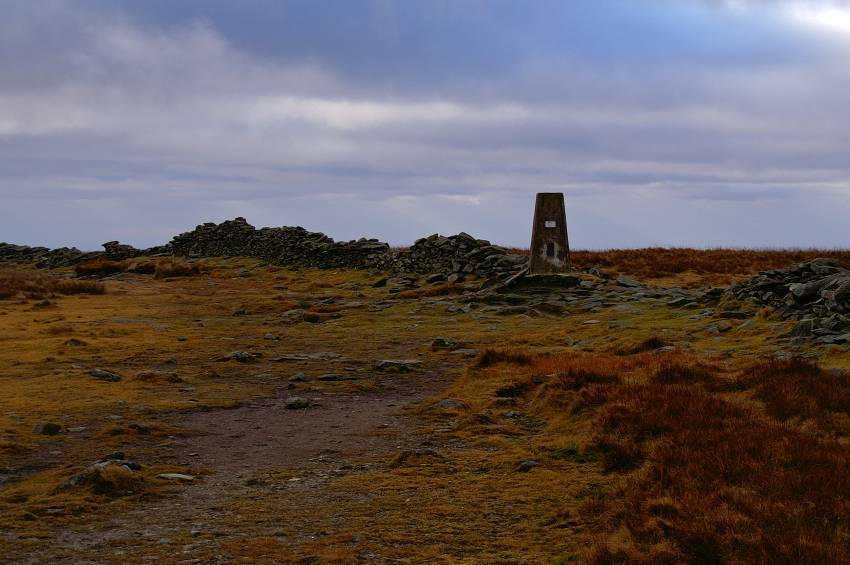 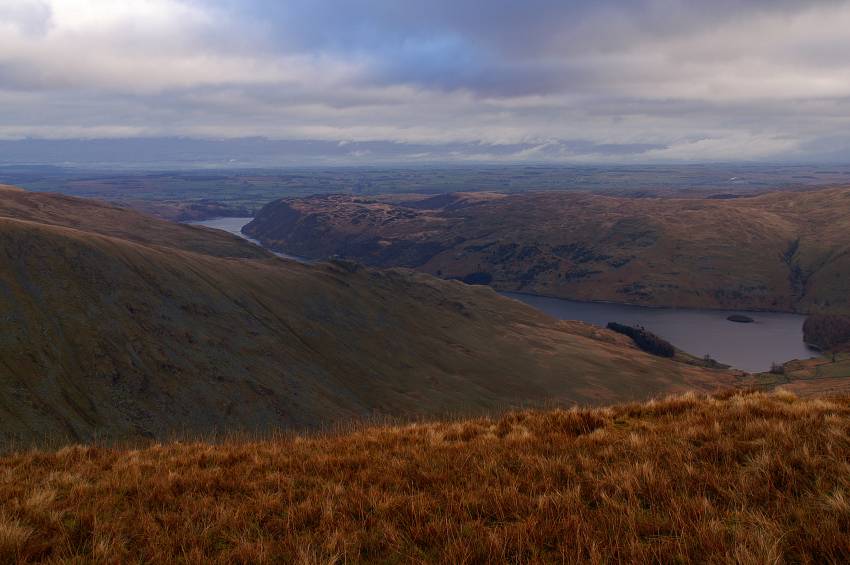 Take a wander around when you reach the summit of High Street, there's some impressive views to be had like this one, Haweswater and the vast expanse of the Eden Valley with the distant Pennines under Cloud across the horizon. 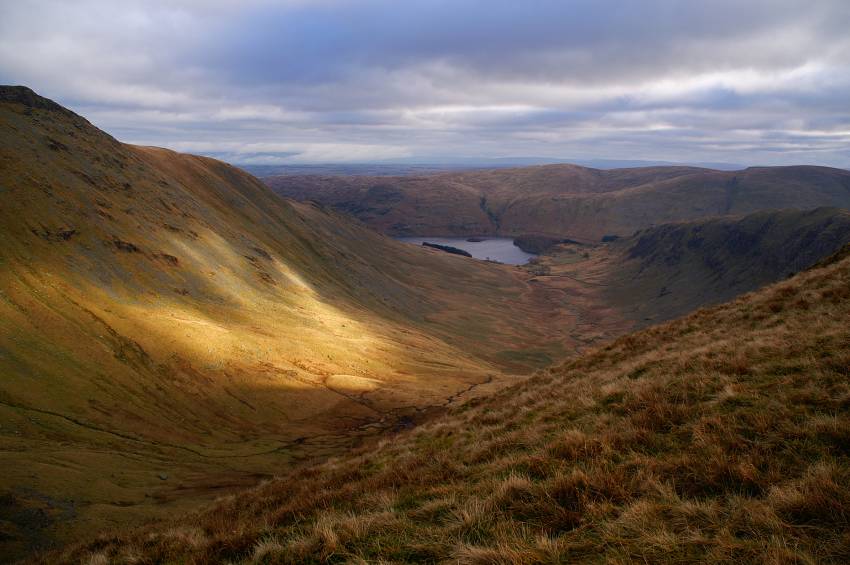 Sunlight dances across the slopes of Kidsty Pike, while Selside and Branstree rise above Haweswater. 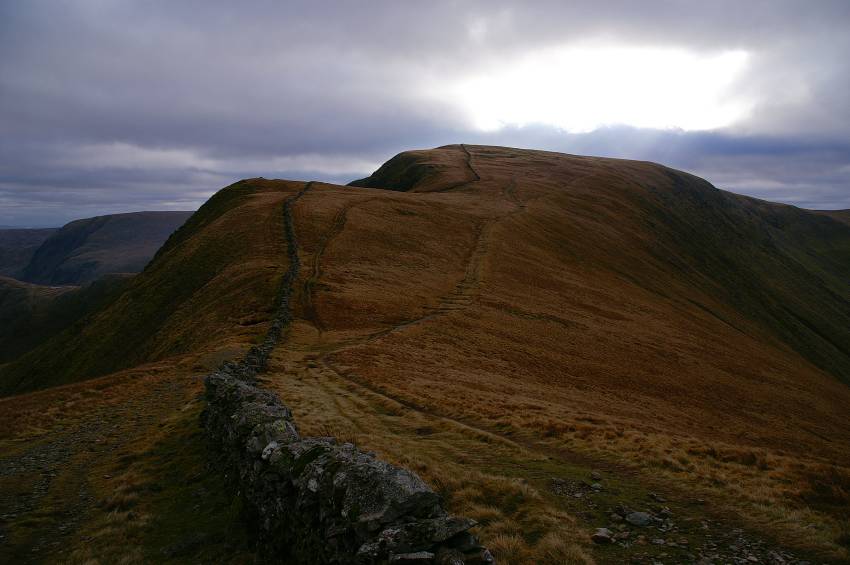 On the Straits of Riggindale looking back to High Street. 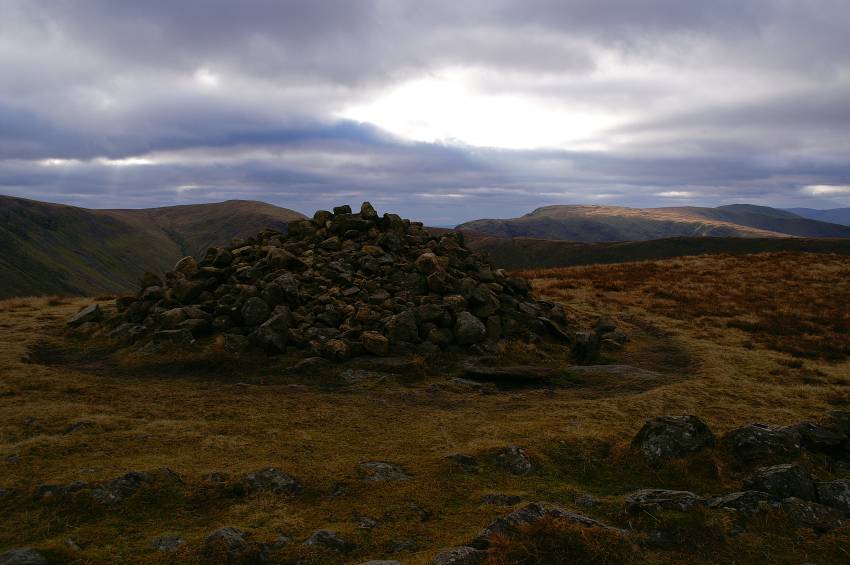 The summit, The Knott looking to the Hayeswater face of Thornthwaite Crag, in sunlight to the right Stony Cove Pike and the ridge leading to Hartsop Dodd. 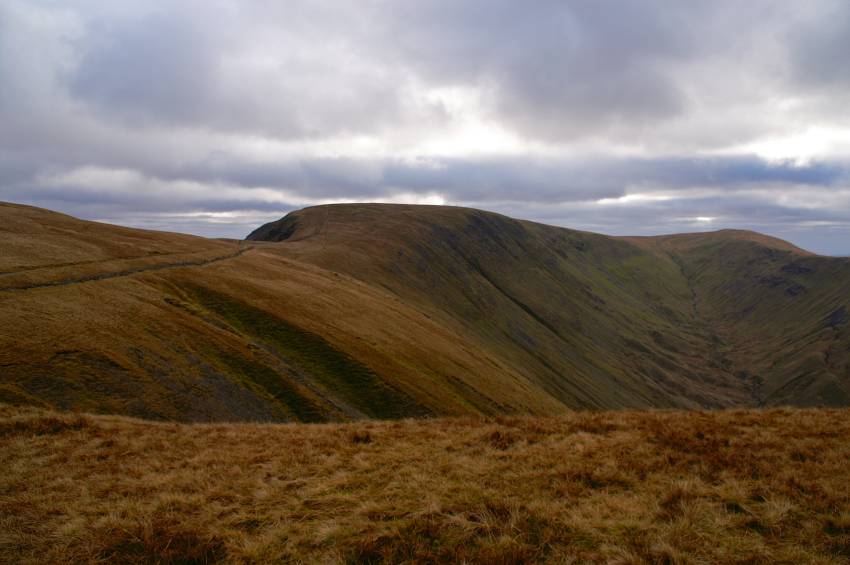 Let the footpath and dry stone wall to the left guide your eye across the Straits of Riggindale onto the slopes of High Street. 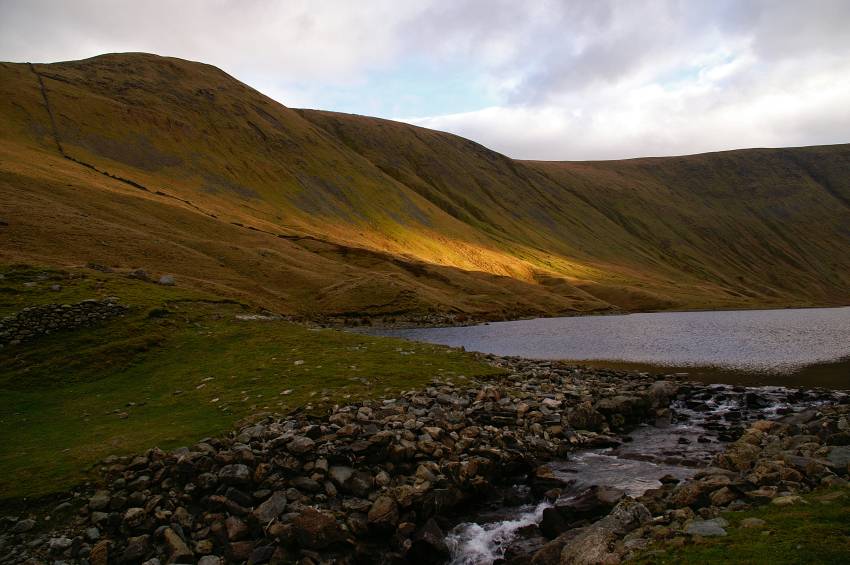 Hayeswater with a flash of sunlight on the lower slopes of The Knott. 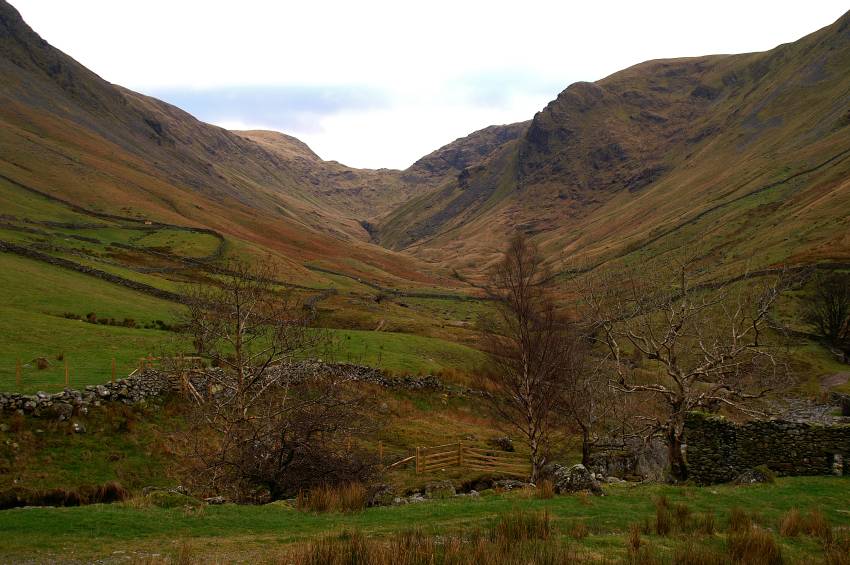