Botallack Mine and Kenidjack Castle.

Notes. It is unclear how long mining has gone on in this location but records date back to the 1500s, Botallack is what is known as a submarine mine with levels driven deep beneath the ocean bed. The first mine opened in 1721 to be preceded by almost two hundred years of digging and tunneling, alas the last miner working in the last mine came to the surface in 1914, the head gear ceased turning.

Our other port of call on this short but interesting ramble was Kenidjack Castle one of several promontory Iron Age forts found on the Penwith peninsula, so why not follow in our foot fall on this short excursion through the layers of Cornish history, a rich industrial past, Bronze Age and Iron Age and something that looked like it might date back to the 1940s.

We've been here before, a few years ago before the screening of the BBC series Poldark, oh how I was cursing “Auntie”(BBC). Same time of year, same weather conditions but we had the place to ourselves, ours to explore alone. Today we parked on the large Visitors Centre car park, had a snack in the cafe before joining the Poldark disciple

This was a walk with a couple of detours, on leaving the car park we descended to The Crowns Mine pump houses, had a wander around then ascended back to the coastal path. Next a descent over a green trod that deposited us on a rocky outcrop overlooking the pump houses, a good photo opportunity. We then ascended yet again to the coastal path, turned right then strolled south, in a short distance we took another detour, this time to another pump house, once back on the main path we continued to a definite junction, swung right, crossed a stile then wandered towards Kenidjack Castle an Iron Age fort, perched on a lonely promontory above stunning sea cliffs.

We traversed a lonely hillside adorned by yet another pump house, Bronze Age cairn and what looked to me like some kind of war time defense. We then descended to a rocky promontory reaching into the Atlantic Ocean, this was the site of Kenidjack Castle, an Iron Age coastal fort, there was little to see but it was a superb place to sit and drink in the stunning Cornish scenery, we hung around, the Poldark disciples were on the cliffs of Botallack, we had the place to ourselves.

Once we'd had our fill we re-joined the main trod, followed it to the junction of a track traversing the edge of Kenidjack valley, we then wandered inland, after a few hundred yards a track immerged from the left, this we followed back to the Visitors Centre and the Poldark faithful. 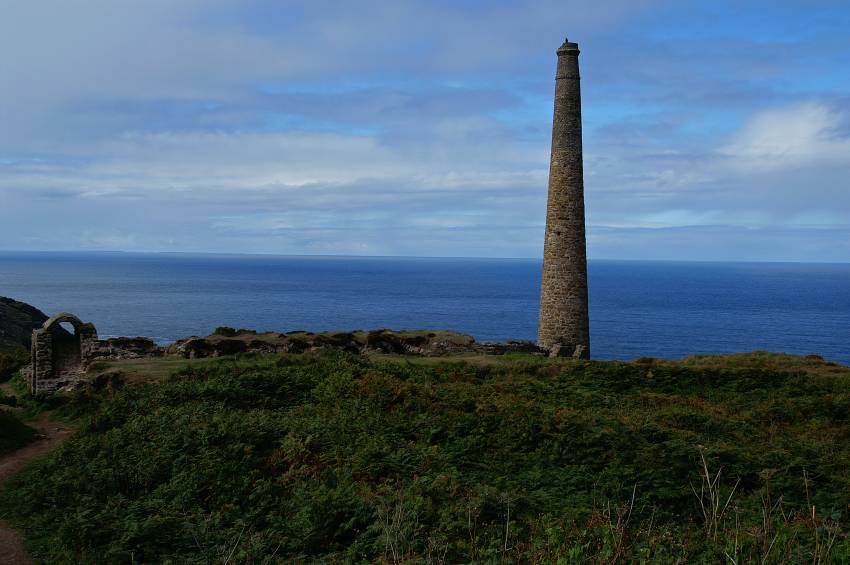 From the Botallack mine complex views over the wild Atlantic. 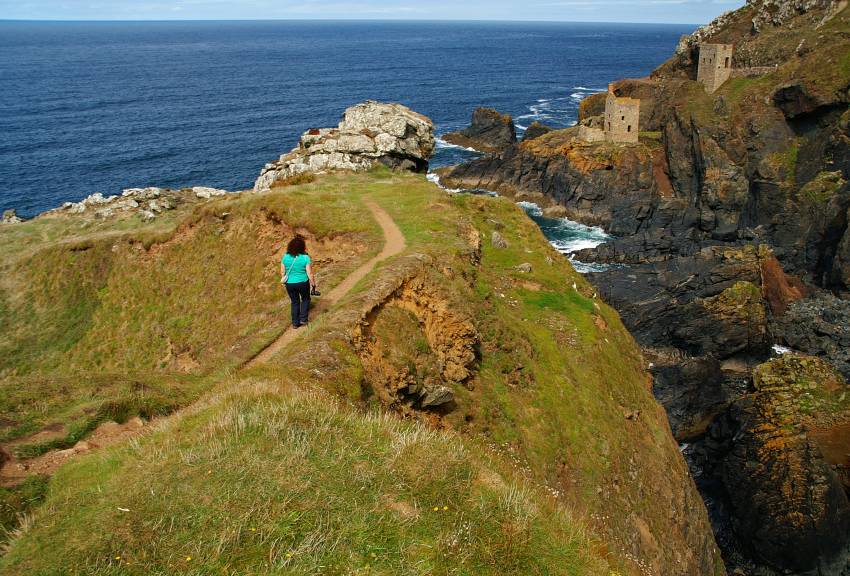 A ridge walk, Sue heads to the rocky promontory mentioned in the text above, hoping for some atmospheric pictures. 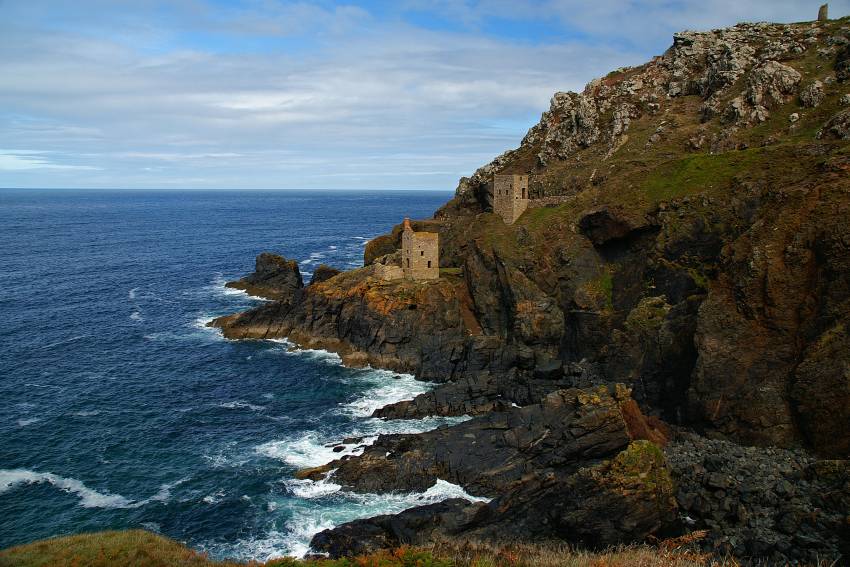 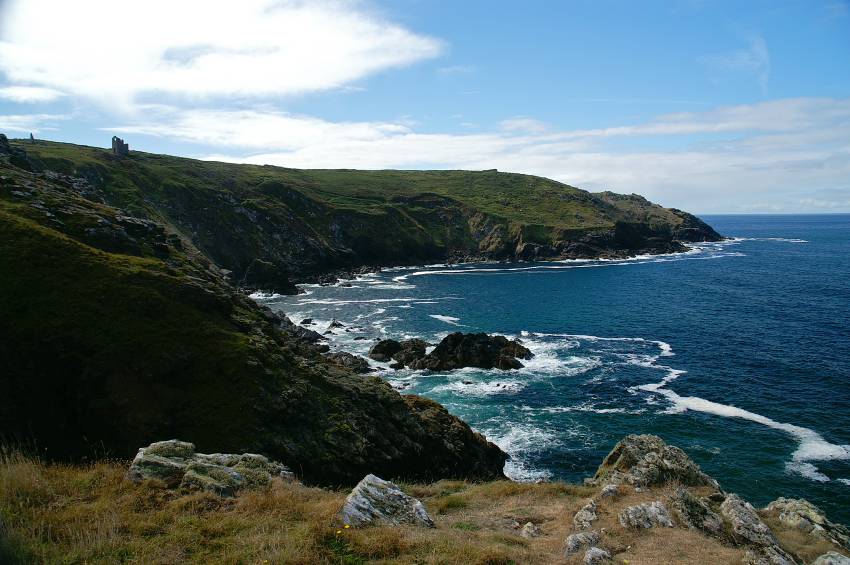 Views across Wheal Edward Zawn to the rocky headland of Kenidjack Castle. 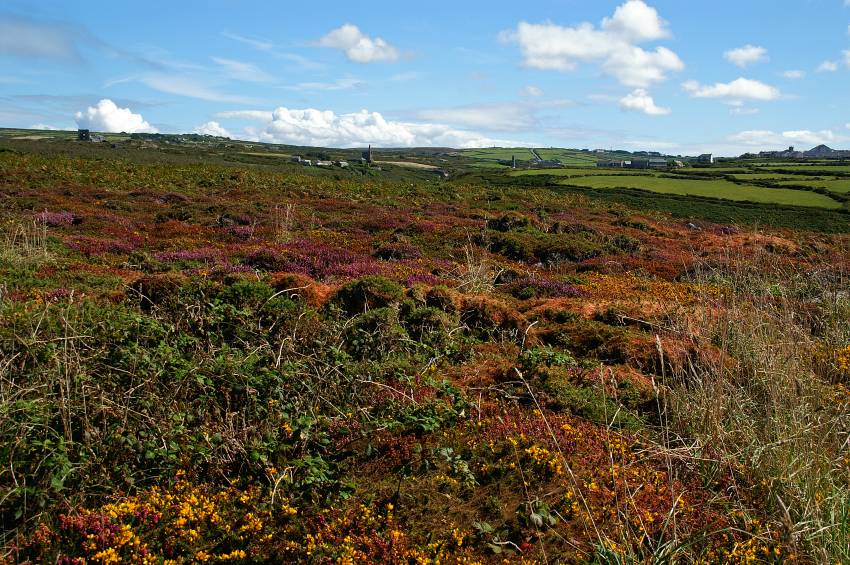 A view inland to the head of the Kenidjack valley. 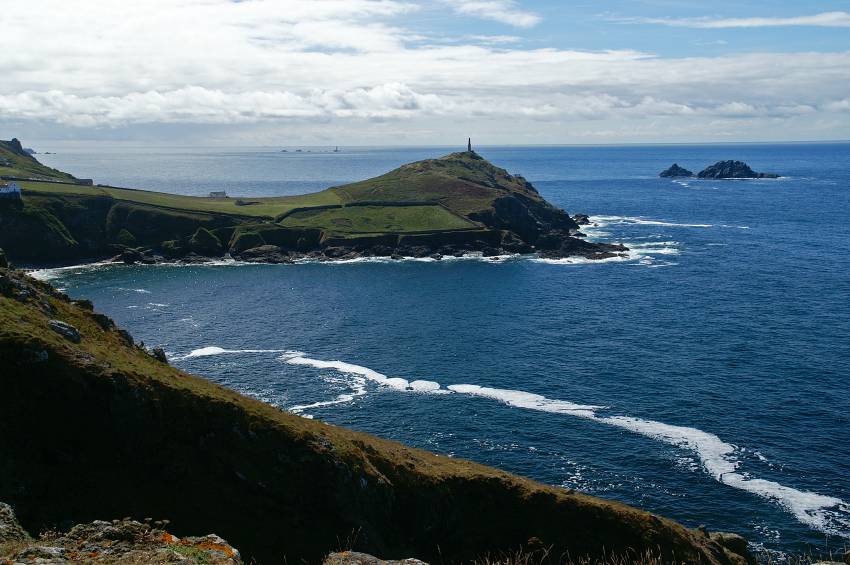 Viewing Cape Cornwall across South Zawn and Zawn Buzz and Gen, there's an awful lot of zawns around here, it turns out zawn means cave or hole in a cliff, I take it that stretch of water is Buzz and Gen Cove. 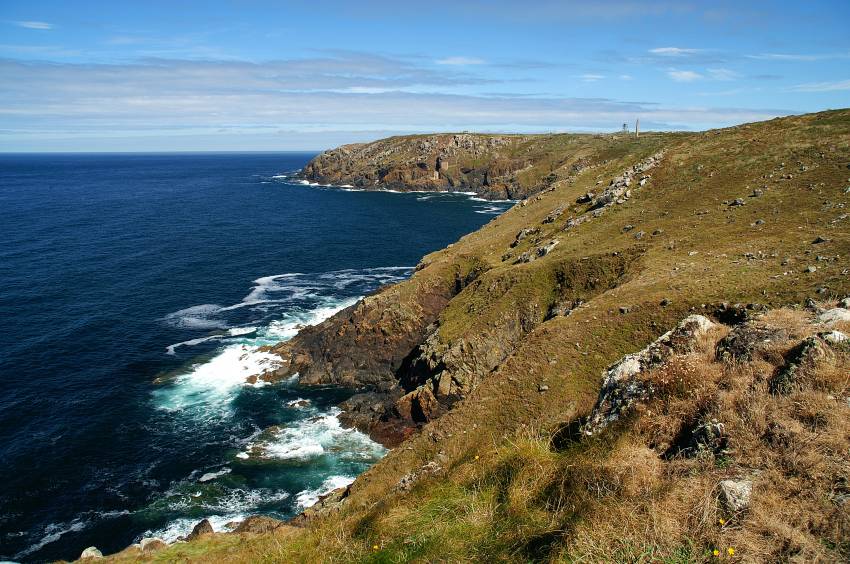 A wonderful view back along the coast to the Botallack Mine complex. 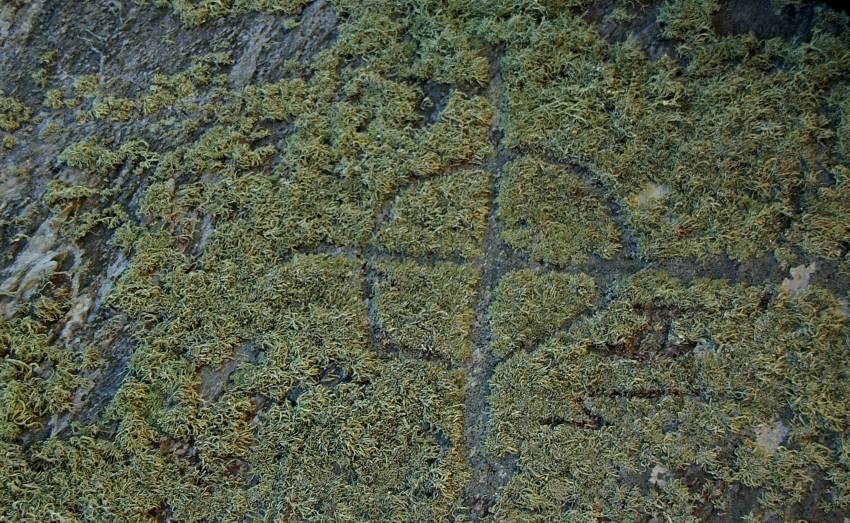 Don't know if this is old or new but you pass it on the approach to Kenidjack Castle. 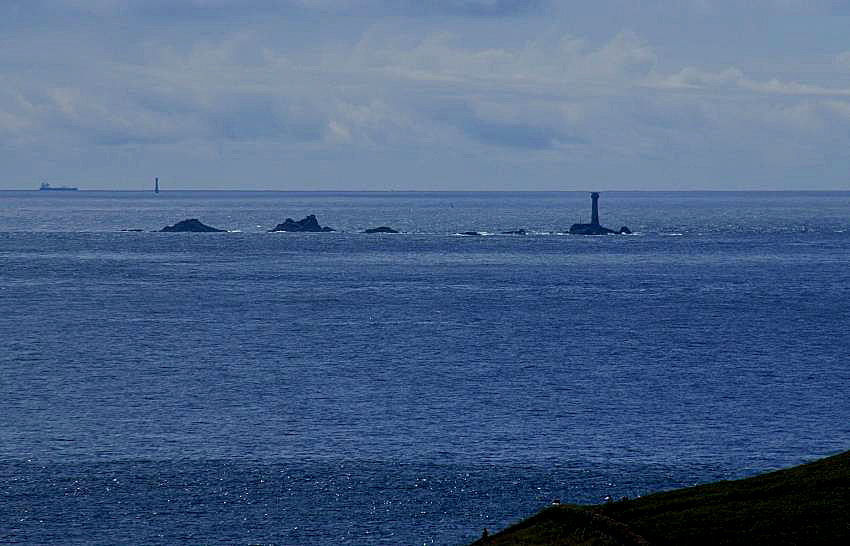 I've a big lens on the camera today. Seen from Kenidjack Castle over the shoulder of Cape Cornwall, five miles to the south Longships and the famous lighthouse, just off Lands End. 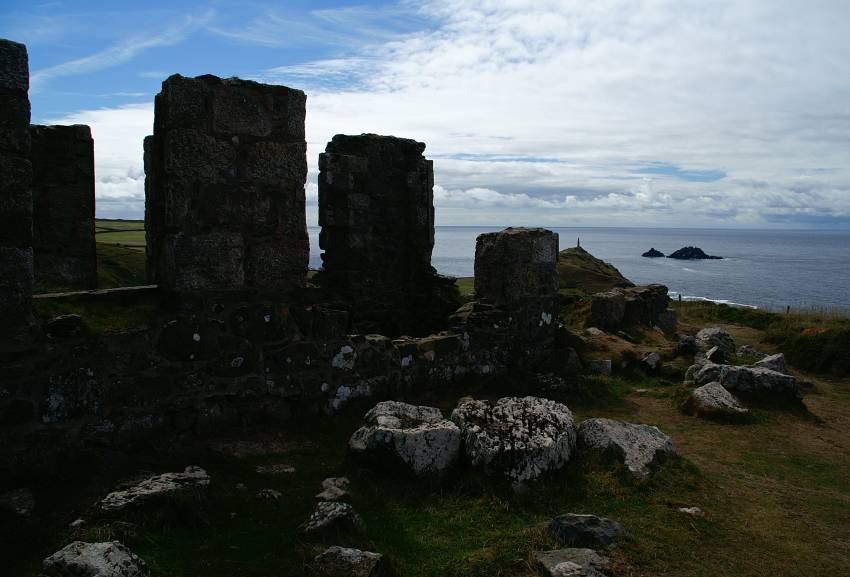 Another relic of the tin mining industtry.... 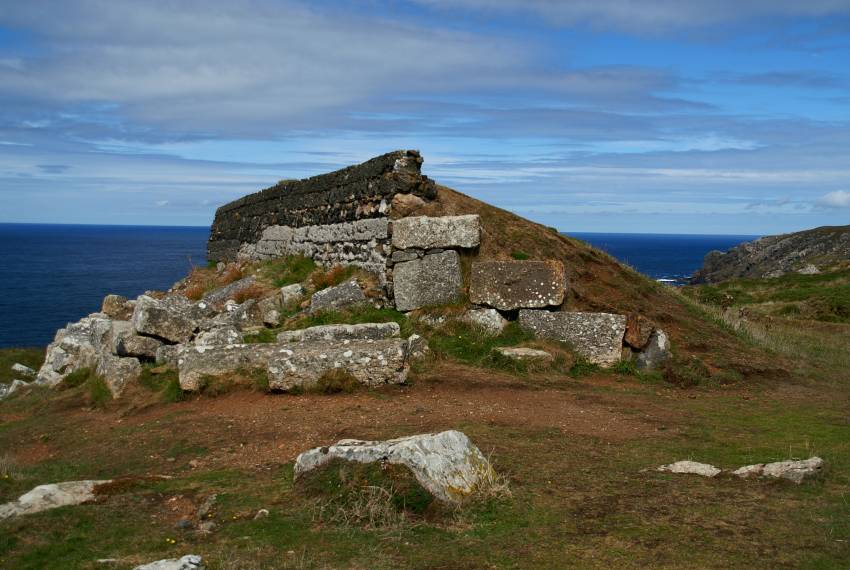 ....and this? I'm thinking it is some kind of wartime defense built from the rubble of the buildings up here, I'm probably completely wrong, feel free to let me know. 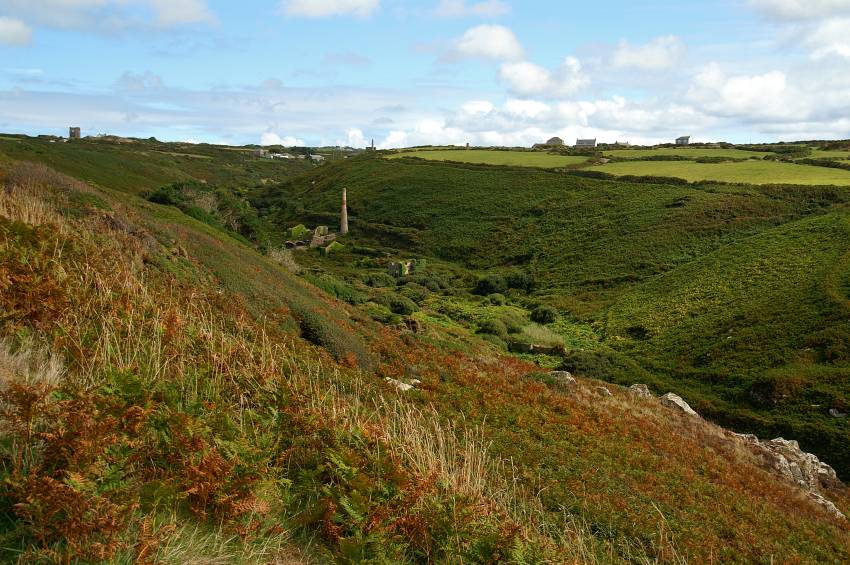 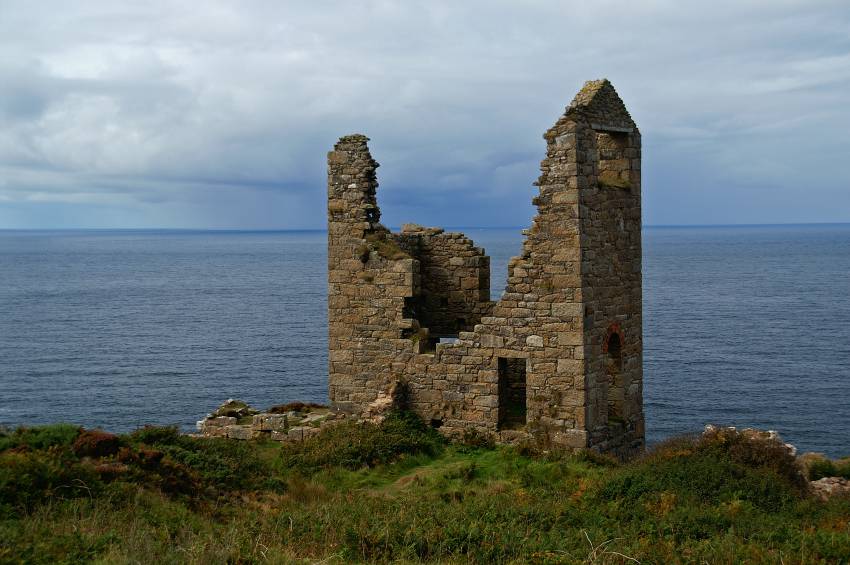 We passed this earlier but there was lots of Poldark disciples around it, there's some wet weather sweeping in from the sea, everyone's heading for the dry. 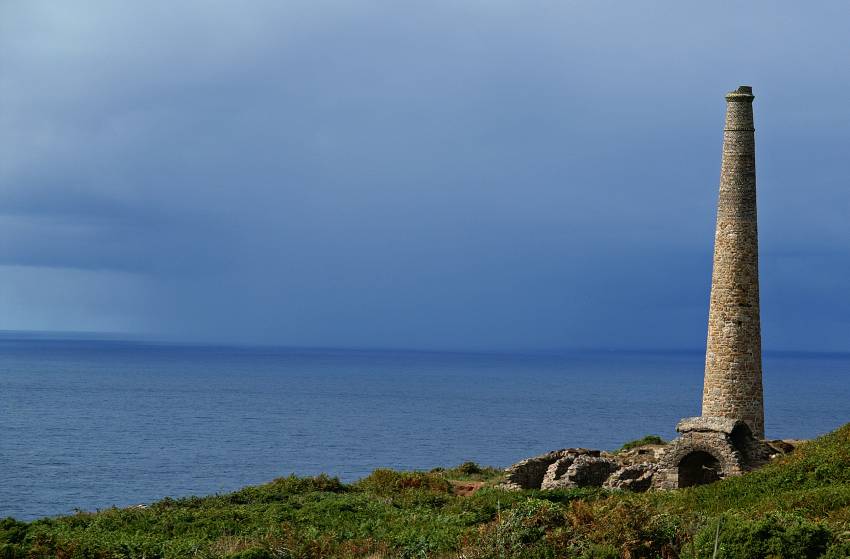 Bad weather blows in from the Atlantic. it makes for a moody walk back, if you're interested it missed us sweeping across Lands End. 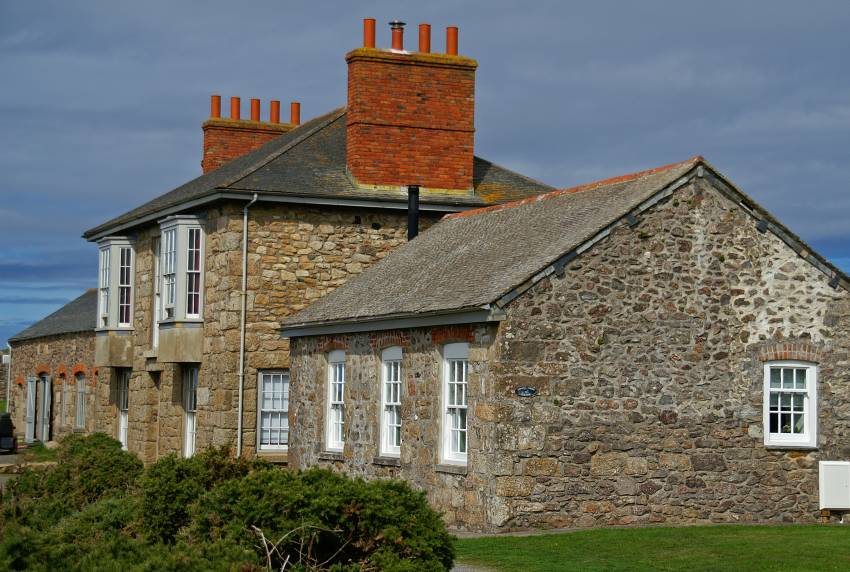 The Court House, once a stable for the mine horses and a workshop for the carpenter, later a classroom for the Penzance School of Minors, now in the safe hands of the National Trust.